BBC looking for teenagers with a military parent deployed overseas 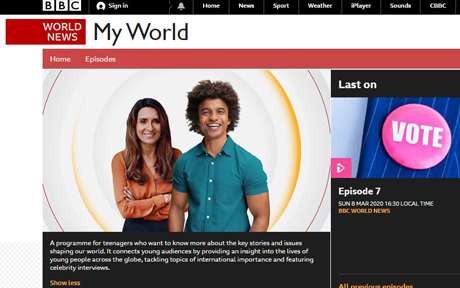 BBC current affairs programme for young teens, called My World is doing a story about teenagers who has a military parent deployed overseas. They would like to talk to any teenagers about what it’s like to have a parent Serving far away in counties over in the Middle East and Africa.

If you are interested, your Serving parent’s Chain of Command must give permission. Please then contact My World Senior Producer, Linda Sills ASAP on 07760 182058 as soon as you can as they’d like to do the recordings this week.

“The segment will go into My World, a new half hour current affairs program for young teens. Our aim, with our executive producer Angelina Jolie, is to help teenagers understand the world around them and give them context that they probably wouldn’t find on their social media feed.  It’s a mixture of current affairs, topical issues important to this age group, and interviews with influential people who have a connection to young people around the world.

“The interview style is very gentle and in no way will the son/daughter be subjected to any form of rigorous questioning. We simply want to hear from them about their own personal experiences. Additionally we’d like to film them at home doing whatever they would normally do – riding a bike, going to the park, on their computer. It would also be great to get them Skyping or WhatsApping with their parent.  Our timeline is quite tight and we would like to film with them this week.”

My World – it is truly global with media partners around the world broadcasting the program, as well as BBC World which has a weekly viewership of more than 100 million people.