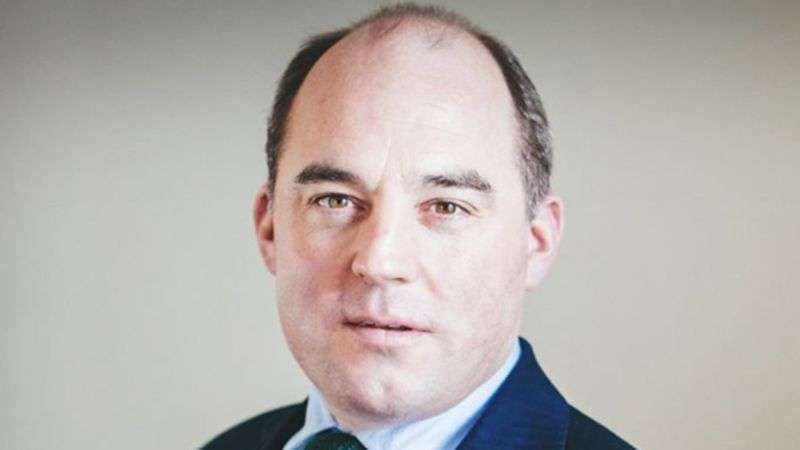 The new Defence Secretary Ben Wallace will start with an advantage over many of his predecessors having served in the military.

Speaking for the first time since the announcement, Mr Wallace said: “As a former Officer with the Scots Guards, it is an honour to take up this role at the Ministry of Defence.

“I look forward to getting started and meeting colleagues from across the department and our military.”

Mr Wallace was commissioned into the Scots Guards at 20 years of age and during the 1990s served in Northern Ireland, Germany, Cyprus and Central America. In 1992 he was mentioned in dispatches.

“She is a wonderful colleague and did a great job at the MoD. Big shoes to fill!”

He will also come into the job well briefed on at least some aspects of a complex job having served as Home Office Minister for Security and Economic Crime since 2016.

It is a job that includes responsibilities for implementing the strategic defence and security review and counter-terrorism.

Given what will be in his in-tray at the Ministry of Defence (MOD), stated interests in Iran and the Middle East along with the USA, foreign policy and intelligence may also serve him well.

Mr Wallace was elected to the Scottish Parliament in 1999 but stood down and moved south in 2003. He then worked for defence contractor QinetiQ as their Overseas Director in the Security and Intelligence Division.

In 2005, he was elected to the UK Parliament after winning the marginal seat of Lancaster and Wyre.

In 2010, he won the newly-created seat of Wyre and Preston North which he has represented since then.

After the 2015 election, he became Under Secretary of State for Northern Ireland until taking over as Minister of State for Security in 2016.

Ben Wallace has largely voted with other Conservative MPs since coming to Parliament but he has generally voted against same-sex marriage.

He and his wife Liza have three children and live in Lancashire. His interests include rugby, skiing, motorsports and horse racing.