A provocative Royal Air Force campaign which challenges the sexist roles and negative clichés of women in advertising airs for the first time tonight – exclusively on Channel 4.

Launching within Channel 4’s hit show, The Last Leg, the campaign mocks the gender stereotypes which frequently appear in other mainstream advertising, juxtaposing these with their own female talent serving in front line RAF roles. 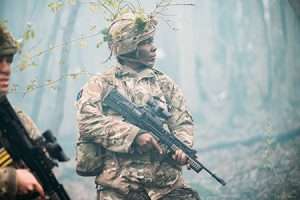 This standout piece of creative, imagined by RAF’s creative agency Engine is the third recipient of Channel 4’s industry leading £1 million Diversity in Advertising Award, which last year invited brands and agencies to pitch campaigns which would challenge ingrained stereotypes and the objectification and sexualisation of women.

The RAF faced stiff competition from brands including Cadbury Milk Tray, eBay and Flybe who also made the shortlist of finalists.

The campaign launches as early findings from a major new survey examining diversity in advertising revealed that the main problem with adverts featuring women is the roles in which they are portrayed rather than overall levels of representation.

The research, commissioned by Channel 4, studied the 1000 most watched TV adverts over a four week period and showed examples where women were portrayed in stereotypical and sometimes derogatory ways. In ads where women have a clearly defined role or occupation, just over 40 per cent showed women in a clichéd “homemaker” or “house wife” role.

Channel 4 will reveal the full details of what will be UK television’s largest ever survey of diversity in on-screen advertising during the Cannes Lions International Festival of Creativity in June this year. It will cover the portrayal of women, BAME, LBGTQ+, disability and social mobility. 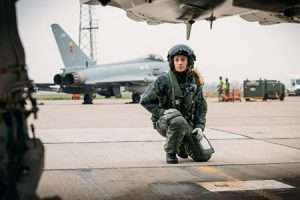 Channel 4’s Head of Agency & Client Sales,  Matt Salmon, said: “This RAF advert clearly illustrates the difference between how women are portrayed in advertising, compared to the realities of everyday life for a woman serving in the RAF.

“It is a worthy recipient of £1 million of our airtime and given our research shows that women are typically shoehorned into derogatory or stereotypical roles, campaigns such as this are long overdue. We hope that other brands now follow the RAF’s lead in considering how women are portrayed within advertising.”

Air Vice-Marshal Christine Elliot, Chief of Staff Personnel and Air Secretary, RAF says: “The Royal Air Force has been delighted to have worked on this venture with Channel 4 and Engine, allowing us to showcase the vast range of exciting opportunities available, regardless of gender. As an inclusive employer, the Royal Air Force continues to support each and every one of our personnel noting that they are as unique as the roles they fill.  Through teamwork we move forward in breaking down stereotypical barriers and hope to encourage others to do so through this campaign.” 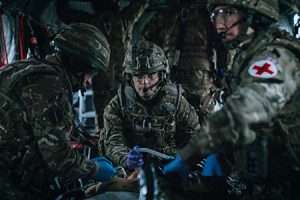 Louise Hayward, Client Managing Director, Engine, said: “Gender parity will lead to a more effective RAF, and I’m incredibly proud to contribute to achieving that, whilst simultaneously challenging the often lazy portrayal of women in advertising.  I have been humbled by the incredible women in the RAF that I’ve met, and impressed with the fact that their gender is totally irrelevant to meeting the significant challenges they face every day.”

Sara Dunlop, Director of production company Rattling Stick, said: “This campaign was so satisfying to be involved with. By calling out the clichés and celebrating the incredible real women that work in the RAF, this campaign also became my own personal stand against all the female advertising out there that continues to patronise its audience.  I guess I won’t be getting sent those scripts anymore after this!”

Channel 4’s annual Diversity in Advertising Award aims to encourage the advertising industry to embrace inclusive campaigns, extending Channel 4’s leadership in diversity beyond its editorial output and into the ad breaks.

Channel 4 has committed to running the £1 million scheme until at least 2020 and the next iteration of the award will open for entries in June 2019.

In 2016 the competition focused on improving the representation of disability and was won by Mars and AMV for their Maltesers campaign. In 2017 the focus was on non-visible disabilities and was won by Lloyds Bank’s #GetTheInsideOut campaign on mental health.