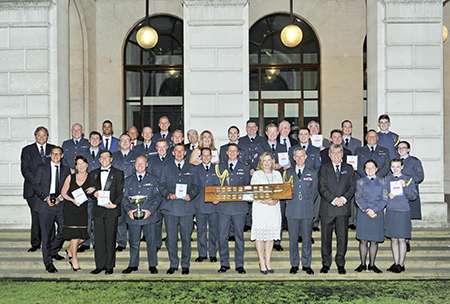 Do you know a team or an individual who has gone the extra mile in 2018 to help the RAF Benevolent Fund support the RAF family? Or maybe you know a tireless fundraiser, an inspiring Airplay youth worker on your RAF station or an exemplary ATC Squadron?

It has been announced that the next Invictus Games will be held in The Hague in May 2020. Team UK are committed to supporting our wounded, injured and sick beyond the Games, and therefore have designed a programme that will start imminently.

Research reveals the complex nature of transition from the Armed Forces

A study released today, Thursday 1st November, by the Forces in Mind Trust (FiMT) has revealed that more awareness about the demands of transition is needed for families of Service leavers.

More than £25,000 raised for Armed Forces at Royal Ascot this year

A staggering £25,303 was raised at Royal Ascot’s Armed Forces Day for the Royal Navy and Royal Marines Charity, ABF The Soldiers’ Charity and the Royal Air Force Benevolent Fund.